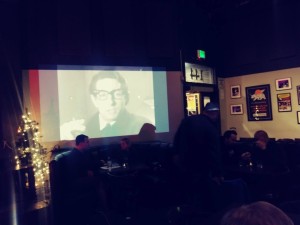 We had a great turnout at our show and tell on Friday. In addition to the Wainwright & Cooke photos on the wall, we graced the PianoFight wall with The Creditors, our current work sample, clips from A Session with The Committee and The Flip Wilson Show, Allaudin Mathieu home movie excerpts, and the super rare anti-smoking PSA Too Tough to Care! Thanks to Committee friends and family old & new for joining us! We look forward to more events in 2019. 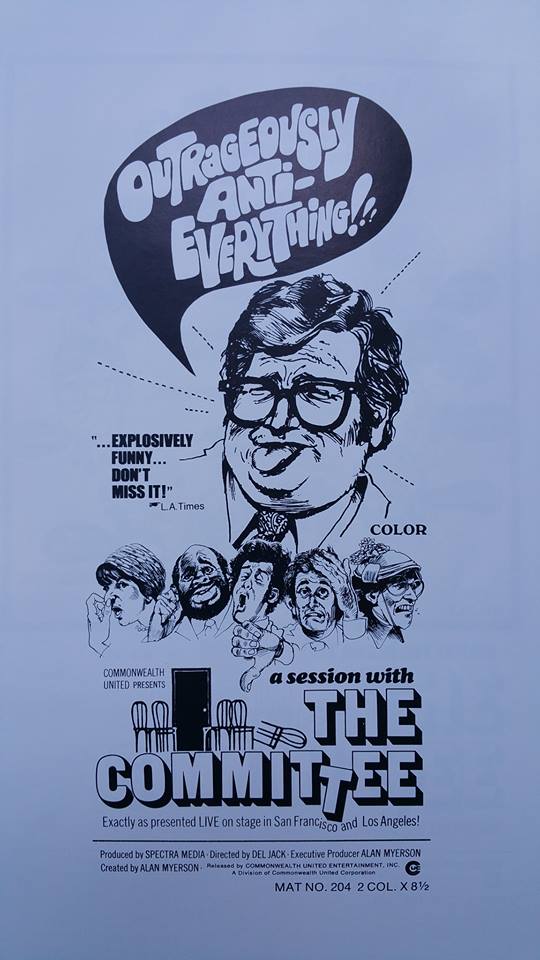 During our visit with Committee friend/patron Maxwell Myers, we couldn’t help but notice a film reel in his Committee archives. Is it another copy of Session? Or the long sought after short The Creditors? Or is it film of a performance as yet unseen? We want it all. Can’t wait to see what’s in this thing.