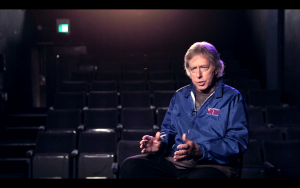 We lost another pioneer this week with the death of Gary Austin. When The Committee started its run at The Tiffany Theater in Los Angeles, Gary joined the cast in San Francisco under the direction of Del Close, and he was part of the company when it made its early breakthroughs in longform improvisational theater. Austin continued on with The Committee with various ensembles under various directors, evidently soaking up everything he quickly learned. It’s hard to imagine that The Committee’s cultural influence would be so widespread without Austin to evangelize their work. The Groundlings, which Austin founded in 1974, became a force in comedy that for years was matched only by The Second City in the talent that it attracted and nurtured. As a teacher of acting for forty years, Austin helped players bring their full selves to the stage and to play at the top of their intelligence. Thanks, Gary, for your commitment to elevating the art form and for your life of service. 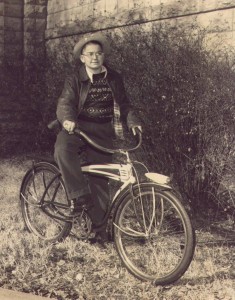 An amazing image of a young Del Close. Sent to us from Hammond Guthrie. Thanks, man. 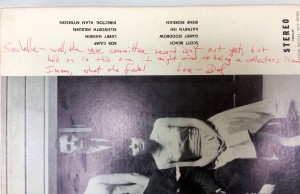 “I was Del’s student in Chicago in 1970, then he cast me in Second City Touring Co, then he directed me in two shows in Minneapolis in an improv theatre there in ’72 and ’73.. Then after 5 years in L.A. ’75-80 (where I worked in a comedy troupe with Julie Payne among others) I returned to Chicago, where I reconnected with him. When he left Second City in the early 70’s to return to The Committee, my boyfriend and I at the time moved into his apartment in Chicago that he shared with his girlfriend George Kingson. Then he stayed with me in Minneapolis for awhile. I caught him in the early 70’s at Second City in a brief moment of wildly incandescent lucidity and from the moment I stepped on stage in his workshops we understood one another. It was a joy for me.” – Rochelle Richelieu Winter 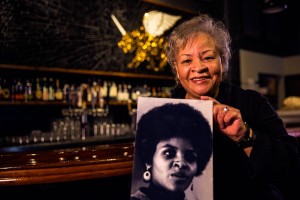 Many thanks to Dr. Kertia Black, who visited us in San Francisco this weekend! For a turbulent and unforgettable year (1969-70), Kertia performed with The Committee at 622 Broadway with a cast of newer faces, helping to hold down headquarters while the old guard stormed Los Angeles.

Kertia offered a fresh perspective on The Committee’s latter days and vivid memories of her Committee castmates and director Del Close, The Committee’s workshops, and the emotional toll that the work ultimately took on her.

The interview took place at PianoFight (pictured here) which lent us their bar and support for the shoot. PianoFight, a bar and theater complex, is an amazing resource for theater artists in San Francisco, hosting performances and live music every night of the week. We encourage a visit!

From the vaults – found some great new footage of The Committee from their storied trip to Manhattan, KS (home town of Del Close). Really great stuff of them off stage and just enjoying the ride – super-excited to have found this! 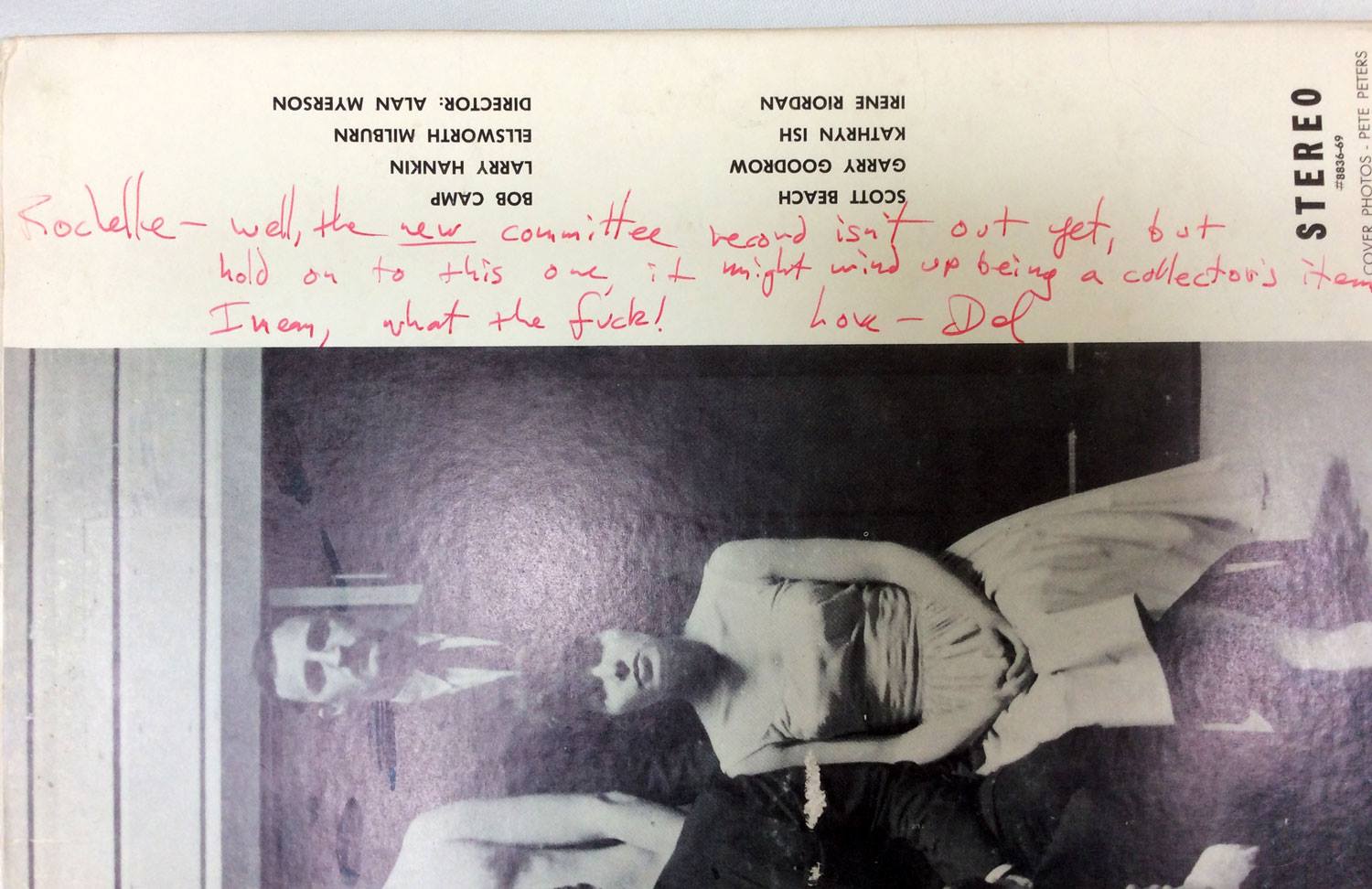 Note: Rochelle Richelieu appeared on Laverne & Shirley in the 1976 episode “A Nun’s Story”, directed by Committee founding director Alan Myerson (he directed a dozen of the series’ episodes). According to IMDB, her only other film or TV appearance was in 2008 – credited as Rochelle Winter in Clint Eastwood’s Gran Torino.

Get it on vinyl so you get the sweet insert.

A couple weeks ago I went to Camp Improv Utopia to be a counselor at the three-day improvisation intensive set up by Nick Armstrong and his Improv Utopia accomplices. It’s a fantastic gathering of improvisors from around (mostly) the western US, though its reach is starting to grow with the National Improv Network, which has sprung from connections made at camp.

It was there we showed the first semi-public sneak preview of our trailer to a non-Committee audience. I have to admit, I found myself pretty nervous in front of what was likely to be the most supportive audience possible for the project. I swam around in my words for a good minute before I got to the goods and delivered the premise and showed the trailer to a really warm reception of applause and cheers from everyone there in the dining hall.

When I thought of it later, I realized it was the responsibility I felt to all these people who I have so much respect for to tell the story in the best & most truthful way possible – from the teachers, fellow performers, festival producers, and theater owners present from across the US to the members of The Committee not in attendance. I’ve made hundreds of short films, but this is our first feature-length documentary.

I’m taking that nervousness as a reminder to get it right – I think we have a good start…!

I came to improvisation pretty late in life compared to most improvisors. I didn’t see my first show until I was 30 and freshly moved to Amsterdam for multimedia school. I had gotten a job tending bar at Boom Chicago, yet another of Amsterdam’s odd landmarks – a wildly successful and (largely) American improv & sketch comedy show in the heart of Holland. It was amazing.

And as with anyone who has ‘discovered’ improvisation, there was no going back. I started doing projects for the show and pretty soon designed a video system for improvising live video & integrating set video pieces into the show. Owners Andrew Moskos and Ken Schaefle rolled the dice and took me on as video director, an act of blind faith for which I am eternally grateful.

Once I was working full-time in the shows, I had  to know more. I asked cast member Jason Sudeikis whose uncle George Wendt had been a stalwart at The Second City, and who had a seemingly encyclopedic knowledge of the art. When he told me about Second City, Improv Olympic, UCB & The Groundlings, all in Chicago, NYC and LA, I had to ask if San Francisco had a history with improvisation. He said Del Close had worked at a place called The Committee, but that he’d never seen much information on it. It was at that point I knew I had to learn more.

Having grown up in the Bay Area, I had heard of The Committee in the same breath as The Diggers and sit-ins in the Park, but never really knew much about what they did, pretty much rolling it all into street theater and people getting high. What can I say – I grew up in the Reagan Era. Once Sam Shaw, myself, and members of Crisis Hopkins took up the cause of the San Francisco Improv Festival in 2010, we knew the first thing we wanted to do was celebrate the city’s history with improvisation – and that started with The Committee.

As Sam says in his post, we were extraordinarily fortunate to have the cooperation of founding director Alan Myerson in putting together a panel with Carl Gottlieb, Larry Hankin, Allaudin Matthieu, Jim Cranna, and lassoing  Del Close’s biographer Kim “Howard” Johnson to moderate. Once I met these people, and looking at the skills and resources we had available, I knew we had to get a documentary going. It’s an amazing story of San Francisco, political activism, theater, and improvisation, with roots in the beginnings of The Compass and Second City and tendrils extending out into the current state of the art and most modern, popular comedy.

Here’s a taste of our first effort with The Committee – one of their classics – reprised with the help of Howard Johnson, in August of 2010: